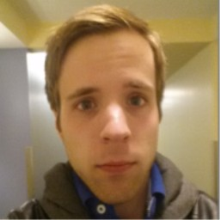 I've been a gamer since I was around the age of four years old. Because of my early involvement, I believe it is where I got my interest in making games. I got my first debugging experience at that young age when I was a playtester for an Atari Jaguar game called Battlesphere.

Years later, I started to learn programming languages such as VB, C/C++, HTML, and C#. The first game design and programming I learned was when I played with Graal 2001's map editor and an engine called BYOND. (I even have one of the fabled "Blue Books"!) My latest endeavour is teaching myself PHP, MySQL, and JavaScript.

In 2016, I graduated from DePaul University with a Bachelor's of Science in Game Development, a minor in Animation and another minor in Japanese! 日本語も話せますよ！I am following my dreams to live and work in the Japanese technology industries.